The Funniest Card in the History of Ever

Good Golly Miss Molly, did we get a storm last night.  We went to bed at 10:00 last night and woke up around 12:30 because it was raining so hard.  I've never seen a storm with so much lightning that it looks like a flickering fluorescent light bulb!  The thunder was mostly a low rumble instead of loud cracks like we get in Texas, but it still took me almost two hours to get back to sleep.  And now it's all pretty and sunny outside.

Anyway, on to today's card, and I'm not over-selling it to call it the funniest card in the history of ever.  Take a look. 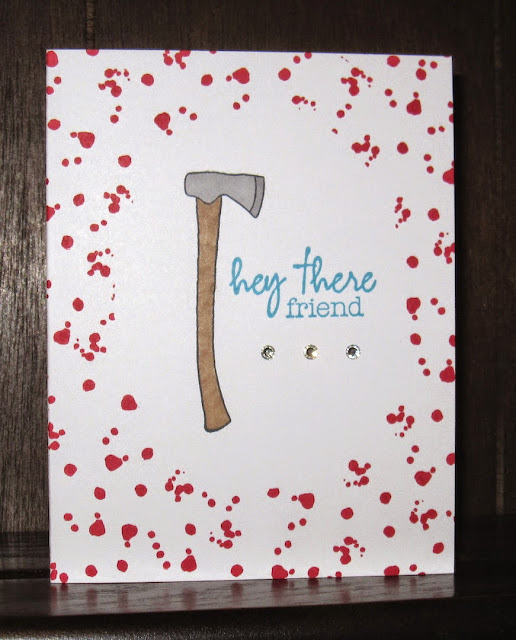 I'm just sad that I had Wood You Be Mine? and that adorable lumberjack for MONTHS before I had the brain wave to make this card.

Cheers, peeps!  My goal is to have an all-new card ready to share tomorrow, rather than something I made in Alabama before we moved.  Wish me luck.

Labels: My Paper Pumpkin, Wood You Be Mine?

Oh my gosh, that DOES look like blood splatter!!! But yeah, pretty funny. I'm sure Vicki will love it.

BTW, when you get settled, you need to write to that magazine . . . 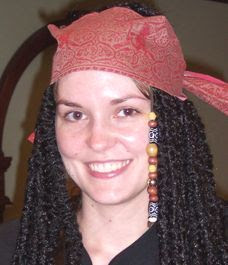 Note: I do not have pirate hair in real life, but this has been my Splitcoast avatar since 2006 :)

If you want to know more about me, you can visit my other blog, Snapdragon. If you want to see more of my stamping projects, see my Splitcoast gallery. Thanks for looking! 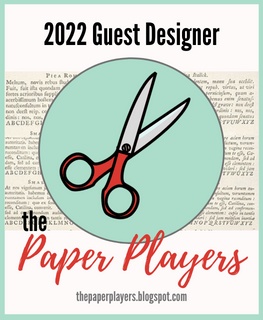 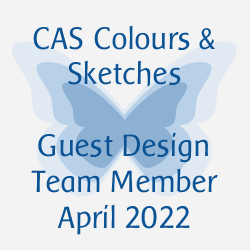 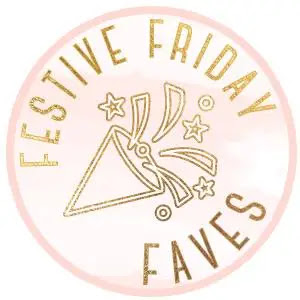